Christmas Is About: The Family Jesus’ Birth Begins To Create

Friendships, What The Bible Says 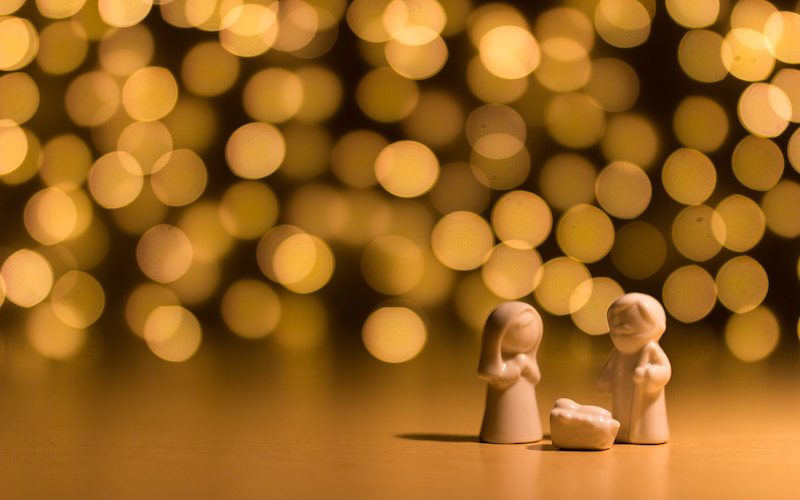 Many people say that the real meaning of Christmas has been lost. Who can blame them? The commercialism and the money involved is too much now. Many people just want it to be about spending time with family, drawing people together and enjoying time with one another. But I actually think that creating a family is indeed one of the things Jesus started to do at his birth.

Now I realise Christmas is a hard time for lots of people. There are many who can’t enjoy it because of past situations or current difficulties. I realise that it isn’t a happy time for everyone.

But we do all hope that it would be good for everyone. It’s one of the times of year where everyone is wishing the best for everyone else. There is a hope that people will be able to come together and be blessed at Christmas.

I think this was one of the original intentions behind the first Christmas when Jesus was born. Jesus’ intention to bring people together, and bring them into a relationship with himself and others, is not remembered enough.

The Birth Of Christ

I really think that in church, we can unintentionally under emphasise how important the meaning of Christmas is in regards to our salvation. Yes the cross is the moment in history that changed everything, but without Jesus’ authentic human birth, his sacrifice would not have been able to fully save us (Read The Cross Needs To Be Forgotten At Christmas)

His birth also did something that was vital, and it revealed part of his mission on earth: It began to draw people from different parts of society to himself, and by consequence to each other as well, because we are all welcome and equal before him.

Wise Men And The Shepards

When Jesus was born, the Bible says that angels told some shepherds, who were working at night, about the good news. They then went to find Jesus.

‘And there were shepherds living out in the fields nearby, keeping watch over their flocks at night. An angel of the Lord appeared to them… “Today in the town of David a Saviour has been born to you; he is the Messiah, the Lord. This will be a sign to you: You will find a baby wrapped in cloths and lying in a manger.”…So they hurried off and found Mary and Joseph, and the baby, who was lying in the manger. When they had seen him, they spread the word concerning what had been told them about this child, and all who heard it were amazed…’
Luke 2:8-18

It also says that the Magi, also known as wise men, came to visit Jesus too.

These visitors represent so much

‘After Jesus was born in Bethlehem in Judea, during the time of King Herod, Magi from the east came to Jerusalem…and the star they had seen when it rose went ahead of them until it stopped over the place where the child was. When they saw the star, they were overjoyed. On coming to the house, they saw the child with his mother Mary, and they bowed down and worshipped him…’
Matthew 2:1-11

These visitors represent so much and remind us that Jesus was always in the business of drawing anyone and everyone to himself. This was the case from the very beginning of his life. 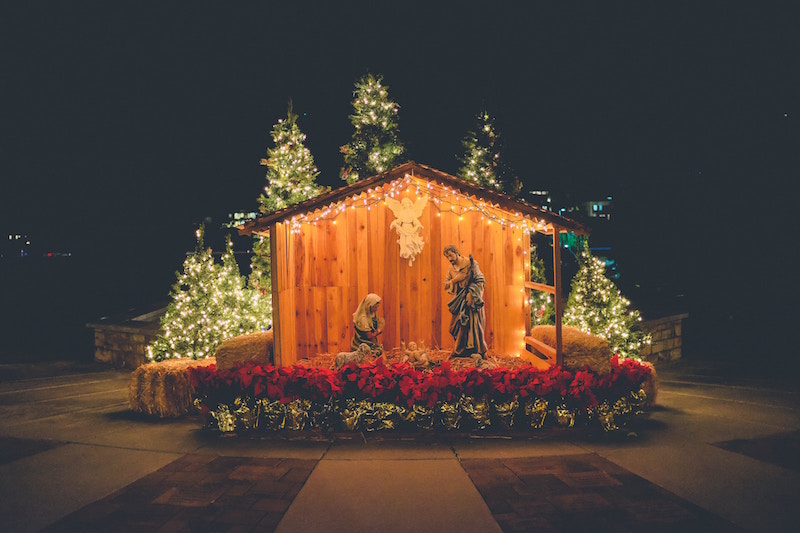 Now shepherding did not pay well at all. Night shepherding was particularly low paying. Yet these people, who were not that well respected or well-off in their culture, were told about Jesus and invited into the story.

This is also true at the other end of the spectrum because the wise men would have had lots of money, proven by the fact that they brought Jesus some very expensive gifts. They were also invited in.

The job of a shepherd would also have signalled someone who was uneducated and not regarded as being very intelligent. Whereas the wise men were able to work out when and where Jesus was born.

Again, they represent people from different parts of society, from very different backgrounds who probably didn’t mix often. Nevertheless, Jesus draws them all to himself, and all are welcomed.

The other main difference they represent is that the shepherds were local and natives, while the wise men had to travel from a foreign land to meet with Jesus.

Two very different groups of people, but Jesus’ birth brings them together because he wants to draw all people to God and each other. He is creating a new family from the very start. (Read I Wouldn’t Have Survived Without My Church Family)

The final thing to emphasise is the fact that these characters were men. However, in the lead up to Jesus’ birth Mary the Mother of Jesus, and Elizabeth, the mother of John the Baptist, hold very prominent roles and parts in the story (Luke 1-2)

In a culture where women were often marginalised, the Bible makes sure that they are given prominence and recognition.

Everyone is welcomed in

I was speaking to a priest the other day and she said she is always struck at how communion brings everyone to an equal level. Young and old, people from different ethnicities, with different education, means, and stories, come to Jesus and meet with him in the same way.

Remembering Jesus death during communion, the act which brings together people from all different parts of society, is reflected at his birth as well. All come together in the story to relate to God because everyone is welcomed in. And by extension become part of the same family.

Imagine if this Christmas, in our own families, communities and friendships, we made sure we tried to bring people into the family, remember that Jesus welcomes everyone, and we are all equally loved and accepted by him. (Read 2 Things You Should Always Do To Build Strong Communities)

This way, everyone can see some of the true meaning of Christmas.

What else is important about the true meaning of Christmas? Comments welcomed below.