Have You Fallen Into The ‘Relationship Status’ Trap? 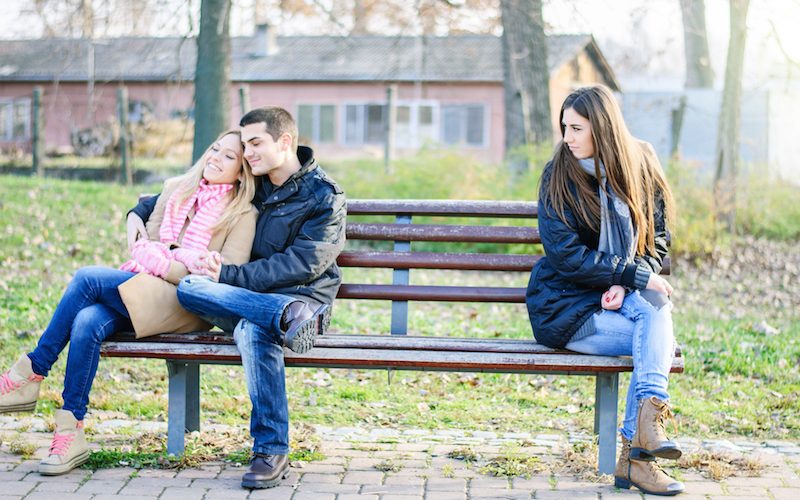 We are not defined by our relationship status. Our foundation and worth is found first and foremost in God.

But I’m all for celebrating the gift of marriage and healthy dating. I think these are wonderful things and we should support and cheer these people on. But this shouldn’t lead to a culture where singleness becomes second class, or to ignoring the struggles people who would like to be married are facing.

I think there is often (unintentionally) a divide in church based on our relationship situation. I think we miss out so much when this happens. I was reminded of this at a talk recently.

Single And Part Of The Family

I was at a talk about six weeks ago where Miriam Swaffield, Student Mission Lead at Fusion, was speaking.

She was mainly talking about unity, and about how in the church all generations should be coming alongside each other and supporting each other. Which is a really important point to make and very true.

My attention was really raised when she started to talk about relationships (surprise surprise). She mentioned the fact that our relationship status shouldn’t hinder us from helping or coming alongside others in a different position.

She then spoke about the fact that she is single and never married, and she loved the fact she was able to hang out and support married couples. She mentioned that she looks after her Godkids for example, and is able to sow into their family life.

We should all be family, all mix and feel welcomed

She also shared that even though she was single, she loved the fact that families in churches would invite her round, she could be mentored/gain wisdom from older married couples on relationships.

These stories are a wonderful picture. We should all be family, all mix and feel welcomed.

Falling Into The Trap

Miriam made such a powerful call and rally cry, and one I definitely was agreeing with and love to shout about too.

So often Christian couples only hang out with other Christian couples. They fall into the trap of excluding single people, and I think they miss out on practising inclusive hospitality and gaining support and wisdom from people with a different perspective.

I also see single people experiencing real pain and disappointment, and this cannot be trivialised and overlooked ever, but this can create a barrier. (Read 5 Cliches Said To Singles, Have You Heard Them All?)

They find it hard to feel like they belong, or get involved with the lives of couples and friends in relationships. I really think they miss out too, and sometimes avoid or feel like they can’t be happy for couples or be part of their lives.

No one wins when we fall into these traps.

When we look in the Bible, we see a whole range of single people and a range of married people being involved in God’s mission.

Jeremiah was called by God to be single and was used by God in powerful ways. Ruth became single again when she was widowed, and although she got married again, The Book of Ruth is all about how she used her singleness and her situation to honour God and her family.

There are lots of examples of people being married and being used by God too. Isaiah, Moses, Peter the Apostle were all married. In Luke 8:3, a group of women who supported Jesus’ ministry are mentioned, who would have most likely been married in that culture.

Singleness and marriage make up God’s mission. (Read What The Bible Actually Says About Singleness. Part 1).

What you see in the Bible, what Miriam was highlighting, what I passionately believe, is that we should be supporting and celebrating all people and all relationship statuses, and be inclusive.

Couples can invite single people over to hang out or for food. Single people can cheer couples on, remembering their anniversary or helping in other ways.

We should be celebrating, supporting, and learning from each other. We are more than our relationship status.

Let’s ask each other for wisdom, support, and friendship

Imagine if we avoided the trap of (unintentionally) avoiding couples or singles and remembered we are all family because of Christ. Let’s ask each other for wisdom, support, and friendship.

Today, why not arrange to meet up with someone who is not in the same situation as you, and just start being family.

Is it easy to forget about relationship statuses in church? Comments welcomed below