Everyone gets angry. Sometimes it’s over little things, sometimes it’s over big things. And we can direct these feelings at our friends, our girlfriends, our husbands, in other words, the people we care about. But we can’t let this feeling take control and win, otherwise it’s our relationships that will lose.

Like most people, I really get into binge-watching TV series online. Through Netflix, or Amazon Prime, or whatever. I enjoy watching them and convincing myself that when it’s too late already, I will only watch one more. Which is what I said two episodes ago.

I was watching one recently, and like all of these binge-worthy series, it had some sort of romantic storyline. The main character nearly gets together with someone, then they don’t, then they do but there’s a break-up, but by series three they’re official. Standard formula.

But as they started to build their relationship, there was a pattern that was happening again and again. One of them would find out a secret or something the other one did, they would sulk for a bit, wouldn’t talk about it, then they would suddenly snap and have a big argument.

Usually, in a Christian post like this, you may be expecting me to say ‘We just need to forgive and move on’. But I see dating couples, and a lot of married couples, falling into this trap. Getting angry, letting things build up, then fireworks happen. Again and again.

It will build up into resentment

I remember a friend telling me soon after I got married, ‘Don’t let anything slide. If something is bothering you, talk about it, otherwise it will build up into resentment.’

At the time I thought he was mad because there some things you do need to just let go, but ultimately, he was right. Talking about our problems, no matter how small, and listening to each other, means things don’t build up and come out negatively.

I Still Fall Into This Trap

I must confess, I still end up forgetting my own advice sometimes. Not with my wife, but with friends. Something happens which upsets me, I dwell on it or think I can let it slide, and it becomes a big deal.

It’s something I’m trying to work on.

I’m trying to change because it can mean my relationship with them is affected negatively. And just by talking and getting it out of the way, we can then move on.

So here are things I would like to suggest, to help us avoid letting anger win.

I will start by saying something which I hope is obvious, but nevertheless worth saying. We can never let our anger take us to a place where we hit out or act violently.

If the anger that builds up in us is leading to this, we need to think about seeking professional help. Looking for a local counselling service online is a good place to start. And, we cannot allow ourselves to be on the receiving end of this type of anger, for any reason.

Like I said before, sometimes you do need to let things slide. But often we can tell ourselves it doesn’t matter when actually we know it does.

Make a decision to talk to the right person.

If something happens which is really upsetting you, keeps happening or is a big deal, we need to decide to talk about it. We can’t just go to someone else and complain and gossip, but we need to talk to the person, our friend, or partner or whoever, to sort out the problem.

Make a decision to talk to the right person. 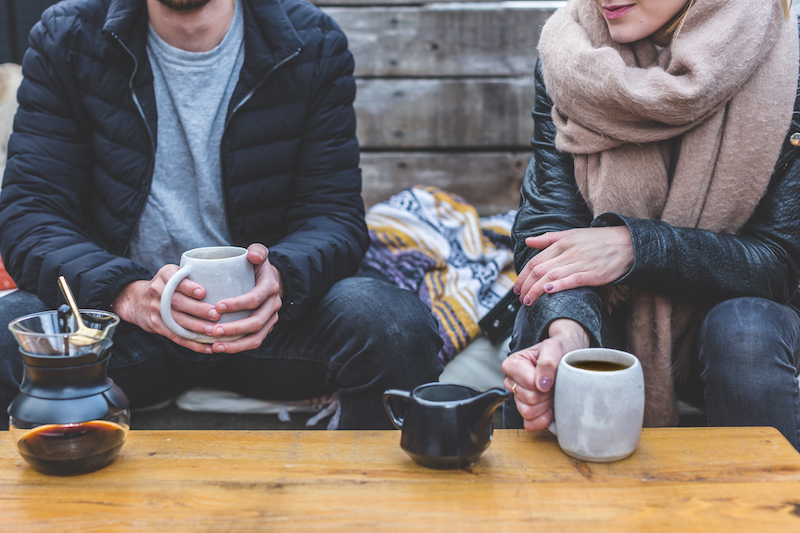 Having said that, I realise talking about it straight away may ultimately do more harm than good. Sometimes waiting for 24 hours is best.

There are loads of times that I’ve instantly responded to an email or comment, and spoken from a place of anger and then the situation has just got worse.

We need to try and address it in the right way

Stick to the Point

I’ve written about arguing before.  I always say we need to stick to the issue at hand, and not go on big tangents blaming them for other things or bringing up past arguments. (Read How To Have A Good Argument)

But I would emphasise that again here. Anger can make us want to upset people because we think it will make us better. But we can’t throw lots of things at them to just try and hurt them. Sticking to what has made us angry or upset us, rather than bringing up lots of things, is important.

There’s lots that could be said. This post is really about not letting anger grow and do damage. I’ve just shared some advice and observations from my experience because I know lots of relationships, romantic and otherwise, that have been damaged because of anger.

Imagine if we realised that sometimes, we just need to talk about it. We need to talk to the right person, maybe leave some time so we go in wanting to resolve the issue, and stick to the point.

It won’t always be easy, sometimes the conversation will be awkward, but we can’t let anger win. (Read After Your Arguments, You Don’t Walk Out)

What other constructive bits of advice would you give? Comments welcomed below.