How To Stop Letting Jealousy Rule The Relationship 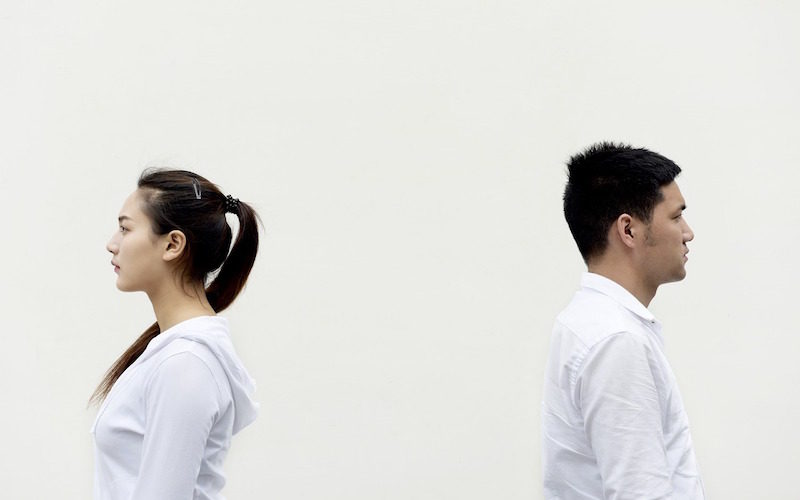 Jealousy is a feeling that can ruin any romantic relationship. In a world where we’re being bombarded with pictures and images of ‘perfect’ people, and where we’re constantly meeting (and comparing) ourselves to new people, we can all experience jealousy. If we want to thrive, we need to stop letting jealousy rule the relationship.

I remember seeing a friend getting very protective over his partner when she spoke to this one guy. It was very strange to see because he was usually so laid-back. I thought it was obvious that there was nothing sinister going on, but it really affected him.

Some of us will be able to relate to this story. Either because the person we’re with, or we ourselves, have been jealous. It may still even happen from time to time.

How do we address these issues in a healthy way?

Now I know that sometimes, unfortunately, there is something sinister happening. And people do sadly end up cheating and being unfaithful. So I’m not saying if we see something that worries us then we should just pretend it doesn’t mean that. But this post is about something else.

This is for those of us who are in a fairly new relationship deciding if it will move forward, or maybe we have been in one a while and are a bit worried about it for some reason. We know deep down that jealousy seems to be constantly putting us on edge and not helping us in our situation, or our partner may be experiencing it a lot.

So how do we address these issues in a healthy way, making sure it doesn’t ruin our relationship?

I have written about jealousy before, particularly on how we may deal with it as an individual (Read I’m Not Jealous, I Just Care!) But in this post, I want to focus on how, as a couple, we can approach the issue. I would say three things are vital:

Talk About Being Jealous

This may sound easy, or even straightforward, but it really isn’t.

Often we talk about everything linked to it, like why were they talking to that attractive person, all night?! Or why were they ‘clearly’ flirting?! If we’re feeling jealous, we need to actually bring it out into the open.

If we are the one who is on the receiving end, we can’t just say ‘you’re just jealous’, and use that phrase to insinuate that they’re in the wrong. Maybe we did go too far, maybe not, but we need to at least realise they are hurting. We need to see it from their viewpoint.

Instead of talking about the things they are doing, or the reason why it’s not ‘my’ fault, we need to actually talk about the jealousy. This will take courage on both sides, and just admitting to that emotion will be painful, but we need to talk about it.

Again, I want to say that sometimes we may see something and have a legitimate concern, or maybe the person we are with did go too far. If we’re the ones being accused, we need to be willing to see things from the other person’s view if we really care about them.

However, if jealous is an issue we are constantly dealing with, it may be because of an insecurity.

Good communication at this point is needed more than ever

For example, it may be that we are unsure how committed they are to us and the relationship, and some situations highlight that. The truth is, until we talk about the commitment issue honestly and openly, the feeling of jealousy will never go, and will weaken the relationship.

Whether we’re the ones getting jealous, or the person we are with is, we cannot just ignore the deep issues it’s linked to and brush it off. Good communication at this point is needed more than ever. (Read How To Communicate Well When We’re Annoyed)

Talk About It Soon

Like with most problems, the longer we leave it, the biggest the problem gets. If we don’t talk about it, the negative emotions will come out passively, or as angry exchanges, which will not be good for anyone.

It needs to be addressed. The sooner the better.

We all want our relationships to be strong. Any relationships, no matter how ‘sorted’ it looks, will involve the couple dealing with jealousy at some point. Maybe only a few times, or maybe in a big way, but it will happen.

Imagine if, we made sure we: Talk About Being Jealous, Talk About Insecurities, and Talk About It Soon. That way, we wouldn’t let it ruin the relationship. (Read 2 Proven Traits That Make A Relationship Last)

What other advice have you heard when it comes to jealousy? Comments welcomed below