Marriage Isn’t Really About ‘Us’ 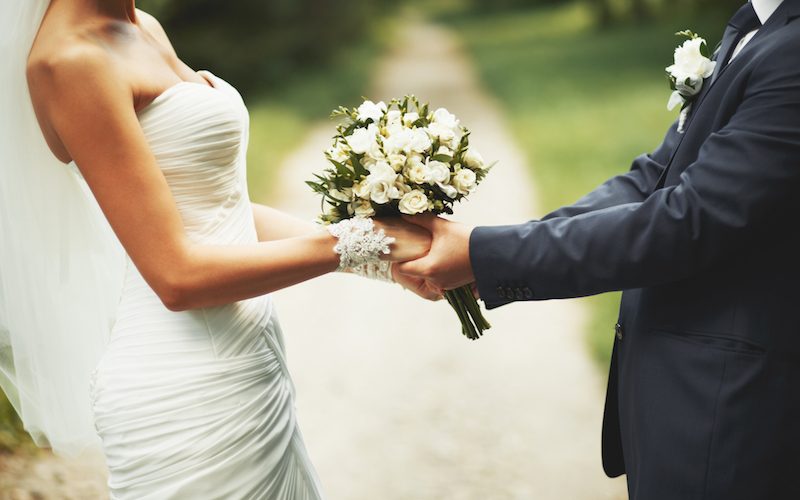 Marriage is about building a strong, enjoyable, long-lasting relationship. But only having this aim means we forget God’s bigger purpose. Spouses are meant to point each other to Jesus and reveal Him to those around them. The main aim of marriage is ‘Him’, even though society screams it’s about ‘us’.

I was reading some online articles and listening to podcasts about relationships, dating, and marriage, as you do. I like to learn from others who are working in this area. It’s great to hear what God is saying to them and what they’re sharing.

The role of a husband or wife isn’t to make them a better spouse, but point them to Jesus

When I do this, every so often, one sentence or phrase will really stand out. It’s like I know I’ve really read something important and challenging. In one of the podcasts, the preacher said ‘The role of a husband or wife isn’t to make them a better spouse, but point them to Jesus’.

The main aim of a spouse is to point their partner to Jesus.

The Matters Of Marriage

You may be married or hoping to get married one day. You may have experienced or heard about the pressure newly-weds, or any married couple, face in trying to build and maintain a good marriage. (Read What I Wish I Had Been Taught About Love)

We get told to be attentive to the needs of our husband or wife and learn to support and sacrifice for them. And that’s true and we need to know about that. (Read ‘The One’ Myth Robs Us Of A Great Relationship).

But in comparison, we rarely hear about the other side of the coin. We rarely hear that marriage is a vocation. That the aim of marriage isn’t to become a perfect spouse, but to point each other to Jesus more.

Or should I say, we rarely get told what pointing to Jesus looks like in the nitty-gritty and day-to-day married life. Advice and stories for making this a reality in marriage are often lacking.

This seems counter-cultural really doesn’t it? To say marriage is about ‘Him’ and not ‘us’. Yet it feels like it lines up with everything else we know about our faith.

So much emphasis is put on our relationship status, sexuality, and sex, that marriage and family becomes the most important thing. Our time, energy and focus becomes each other.

I remember a church leader who said that all of these young couples and newly-weds get married, then they stop serving in church. They say they need to focus on each other and make the marriage work.

To say marriage is about ‘Him’ and not ‘us’. Yet it feels like it lines up with everything else we know about our faith

The church leader then said their intentions are good, and he said he understands and supports that choice.  However, he also said the problem is, they never really start serving again. They often become so focused on each other that nothing else happens.

Just recently, I met up with a friend who’s part of a massive mid-week Bible study group (two recently became one) and no-one was really leading it or contributing because all the couples had got married or engaged recently,  and they wanted to focus on each other.

This in itself isn’t bad, but it’s only one side of the coin.

I remember hearing about a couple, who after three weeks of marriage took in a refugee. And they’ve housed someone in need ever since. Their marriage evolved around being radically inclusive and spurring each other on towards God.

I remember hearing about a couple who went on a two-week honeymoon. The first week was a relaxing hotel getaway, then they went on a mission trip to another part of the country to serve in an orphanage.

But the little things matter too. Like the couple who use some of their date night to help out at a church event

I was always blown away by that.

But the little things matter too. Like the couple who use some of their date nights to help out at a church event. Or the couple who read the Bible and pray before they go to sleep. Or are hospitable and open up their house and home and meal times to people who need company. It all points to God. 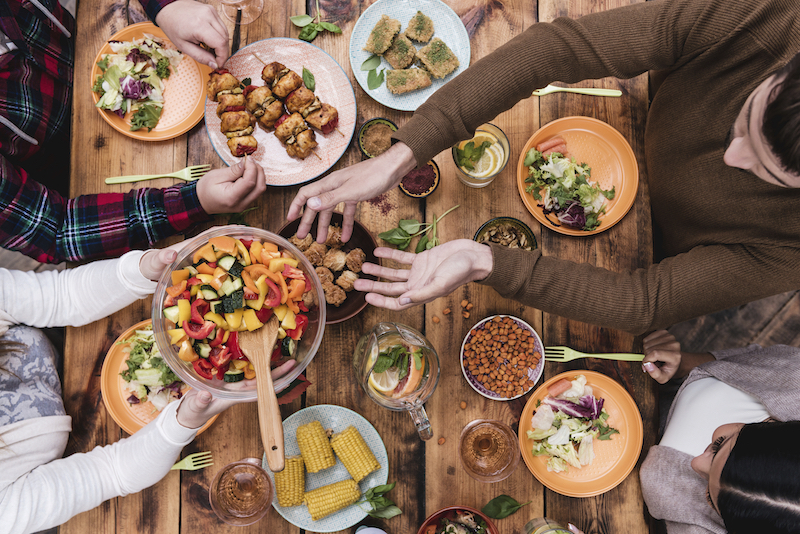 Ephesians 5:21-33 reminds us that marriage is a place which requires the married couple to make the effort with each other. Husbands and wives need to give each other everything to make it work.

This passage also reminds us that marriage is a vocation. It’s rooted in our understanding of Jesus and what he achieved and we should reflect this Gospel truth.

I’m emphasising one side because I think that is the one we can often forget in the busyness of life.

Remembering both sides of the coin is vital. One without the other means we miss the point. I’m emphasising one side because I think that is the one we can often forget in the busyness of life.

It’s not bad putting time and energy into making a marriage work. God wants us to enjoy relationships and make marriages a place of strength, comfort, and support. His word even talks about making time for each other, especially newly-weds (Deuteronomy 24:5).

Yet we are called to show others, as well as our husband or wife, that our faith, worth, and fulfillment isn’t in our career, intelligence, family or each other, but in God.

Imagine if we had marriages that were enjoyable, where the people involved loved each other and made time for each other. Where they also spurred each other on to the higher calling, and pointed people to God as well.

What would happen if we stopped to ask how can we point each other to God a bit more in our mundane daily routine? Whether that be through prayer, or helping the neighbours more.

Do you think a Christian marriage should involve these things, why? Comments welcomed below.