Stories From The Dating Scene: I Loved Him, But The Relationship Was Dysfunctional. Part 1 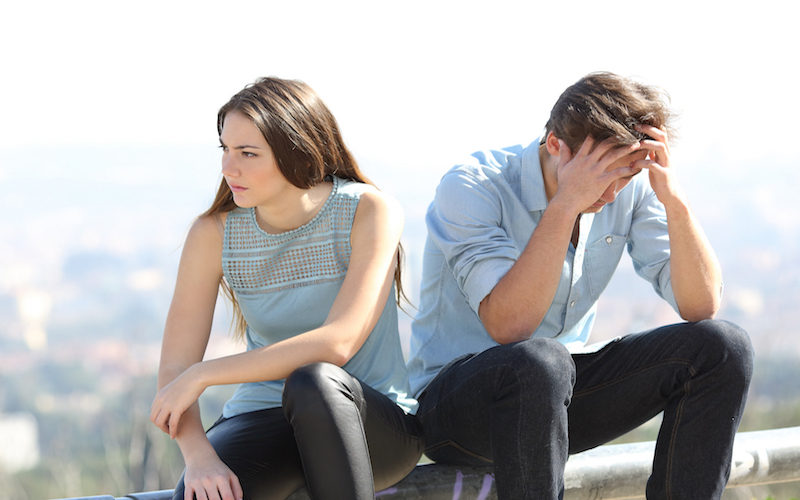 Getting carried away in a relationship is nothing new. But what about when we start to notice things aren’t what they seem, and we can’t live up to their impossible expectations. Should we end it? Have we failed? How do we process what’s happened?  Our anonymous guest writer has decided to share her story with us.

This story has been written by a friend of mine. She wanted to share her story in the hope that it will help others. So here it is, in her own words:

It Seemed Too Good To Be True

I was dating this Christian guy last year. He was charming, smart, funny, and diligently serving the Lord in ministry. We both loved studying the Bible and praying together. We had similar visions of serving together.

We could chat for hours each day, sharing all our thoughts and feelings about all sorts of things to do with life and faith. He had many things I wanted in a boyfriend and potential future husband.

I thought it was a bit quick, but I got so carried away

The relationship progressed quickly. After just a month, he suddenly started to discuss the prospect of marriage and how we would serve in ministry together. I thought it was a bit quick, but I got so carried away by the excitement as I thought, ‘Maybe he’s the one!’ (Read Why Believing In ‘The One’ Is Very Overrated)

Around this time he made it clear to me that he was very emotional, sensitive and easily upset. I didn’t think there was anything wrong with that. I thought his emotional and sensitive side could be a sweet thing.

But I started to realise that this was becoming a big issue and a big problem.

‘You Can’t Read My Emotions’

He told me several times that he wanted me to read and engage with his emotions, otherwise he would be upset or even end the relationship. I was very confused. But because I really loved him, I tried very hard to do what he wanted.

I began to watch his emotions all the time and always filter my words carefully. Still, no matter how careful I was, he got upset from time to time, every time saying that I had failed to read his emotions.

But when I tried to clarify things, he would keep saying I valued the truth more than his feelings, and say that ‘You can’t read my emotions, but other girls could’. That really hurt.

He became more obsessed with checking whether I was reading him right. And he said we had too many conflicts, so many that he couldn’t breathe. I was concerned but I couldn’t recall any conflict! I asked him to give an example but he couldn’t remember.

It Got More And More Difficult

He said I had offended him in every conversation. Again, neither of us could give an example. And several times he said that I didn’t make him feel safe.

But usually, if I comforted him, or if I managed to read his emotions and respond ‘correctly’ on that particular day, things would go back to being great. He would become very charming, caring and sweet again, for a while.

However it was still very difficult to read him when he was upset, which could happen any time based on his interpretation of any given situation, which depended in turn on his mood.

At such times, he would suddenly become still and silent. When I noticed and tried to ask what had gone wrong, he would start complaining that I couldn’t read his emotions, but he would never discuss the actual emotions or issues.

He said he believed that in a relationship, if one person needed to express their emotions clearly for the other person to understand, then the relationship had failed. In my upbringing I was taught the opposite: clear communication of emotions is the prerequisite of success of all relationships, second to love itself.

Though all these incidents seemed strange to me, I tried to understand him. For a long time, I thought it was my fault because he said I was too insensitive and logical.

A few days after he was talking about marriage again, we had different opinions on an event we attended. We didn’t disagree per se, but I switched the focus onto something slightly different. For me, it was a friendly discussion, but he was deeply hurt, he said he felt like I had stabbed him!

He said I disagreed with him and he couldn’t bear any disagreement in our relationship.

I tried to explain I didn’t disagree with him, but he said he didn’t want to hear the truth because he wanted ‘harmony’. Two days later, he couldn’t handle it anymore and ended the relationship. (Read We Disagree, Can Our Relationship Survive?)

Part 2 looks at what happened next, what our guest writer has learned through this experience, and why she thinks it’s important to have different and more healthy relationship dynamics next time.

But for now, imagine if we were able to be honest about the struggles we face in our dating and romantic relationships, and talk about our emotional needs, fears, and expectations, while bringing them all to God instead of carrying the burden alone. (Stories From The Dating Scene: An Exciting Start, Then We Drifted)

Q: How do you spot, and talk about, unrealistic relationship demands? Comments welcomed below.