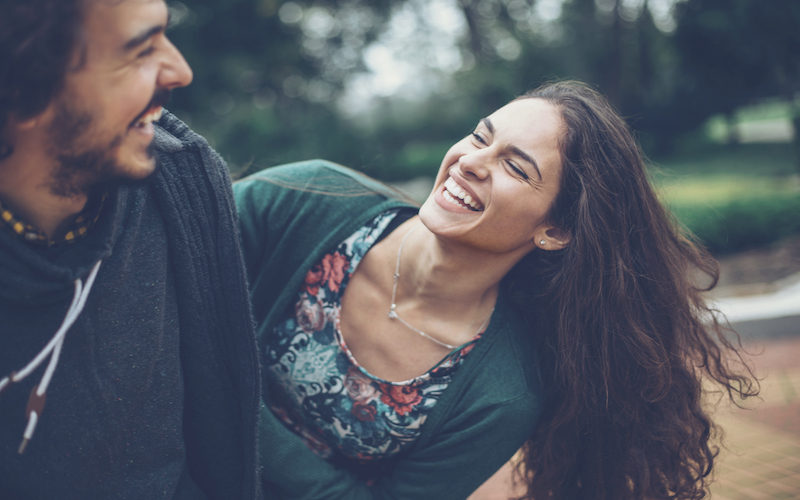 Why I Told Joshua Harris To Redeem Rather Than Reject Dating. Part 2

Part 2 of this post continues to explore what redeeming dating looks like. I long for Christian dating cultures to be known as the place where people thrive. That in this important area of romance, that often brings confusion and pain, God can intervene and help us to build mutually fulfilling and amazing God-centred relationships, as we pursue redemption over rejection.

In Part 1 of this post, I shared a bit of the conversation I had with Joshua Harris on ‘kissing dating goodbye’ verses redeeming dating for God’s glory and our benefit.

All of my research, experience, study, supporting others, and teaching leads me to believe that our church’s dating cultures can be redeemed by God. And many people, including Joshua Harris, are now thinking about how we can transform it rather than why we might reject it.

Many churches and Christians seem to have adopted this view over the past few years, and I want to keep exploring what this change may look like.

(The following extract is taken from page 51-52 of The Dating Dilemma book, read the introduction for free.)

Good dating begins with getting our hearts right with God. The psalmist asks,

How can a young person live a clean life?  By carefully reading the map of your Word. I’m single-minded in pursuit of you; don’t let me miss the road signs you’ve posted. I’ve banked your promises in the vault of my heart so I won’t sin myself bankrupt. Be blessed, God; train me in your ways of wise living. (Psalm 119:9–16; The Message)

It’s an active, not a passive, lifestyle

Does this demonstrate sacrificial love?

When we committed to following Jesus, we joined the team whose mission is to seek God first and join him in restoring his world. This will inspire, challenge and fulfil us in ways we can only begin to imagine. It’s an active, not a passive, lifestyle.

We’re no longer on the sidelines waiting for our lives to begin. We’re signed up to learning the hard lessons of selflessness in all our relationships. We’re committed to being a faithful friend, generous neighbour, forgiving sibling, humble employee and an honourable girl/boyfriend.

None of this happens without obedience to Jesus and an acceptance that we will make mistakes along the way.

You learned Christ! My assumption is that you have paid careful attention to him, been well instructed in the truth precisely as we have it in Jesus. Since, then, we do not have the excuse of ignorance, everything – and I do mean everything – connected with that old way of life has to go. It’s rotten through and through. Get rid of it! And then take on an entirely new way of life – a God fashioned life, a life renewed from the inside and working itself into your conduct as God accurately reproduces his character in you. (Ephesians 4:20–24; The Message)

Our lasting happiness is not dependent on us finding romance

Single, dating or married – these are all times when we can explore God’s will for us and his deep desire to build godly character into us. Trusting that God knows the desires of our hearts, and will give us good gifts that satisfy, means that we can have every confidence when we date. 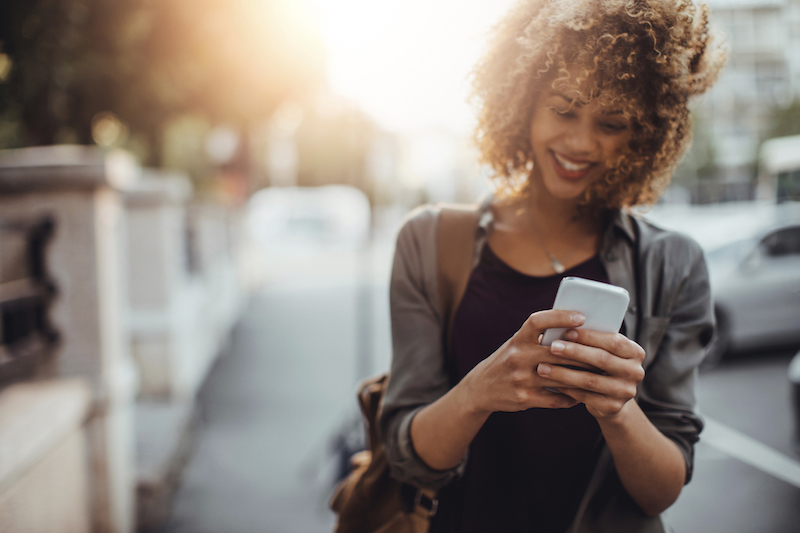 The outcome is not just down to us. Our lasting happiness is not dependent on us finding romance.

We have a God who will work in and through our dating relationships. He will give us the courage to see ourselves honestly and to take the responsibility of changing to become a better boy/girlfriend.

The dating culture we know is recent and has evolved over time. Romance had never been so central. Whether we like it or not, this culture has affected, and continues to affect, us and our choices.

Do we like what we see? Do we realise that, as well as the good that being free to choose who to date offers us, there are also things that with God’s help we could change for our benefit and his glory?

Our romance revolution begins with a celebration of God’s incredible love for us. He is the God who desires, pursues and wins us!

His freely given love brings out the best in us. When we allow this to overflow into our search for lasting love with someone, we find ourselves acting more like him, and less like the culture around us.

Imagine if we dated, and encouraged those around us to date like this. In a way that was asking the tough questions, was honest, was looking to Jesus, respectful, kind, and applicable in our situation. (Read 3 Things You Should Do To Avoid A Co-dependent Relationship).

The conversation I had with Joshua was really good, and I came away more excited than ever about being part of redeeming the dating culture. This can happen when we engage with the culture, and make decisions that aren’t solely driven by what everyone is doing around us. We need to ask ‘How can I do this differently?’ (Read Being Cautious Vs Jumping In: Which Dating Habit Is Best?)

Do you think God can be honoured through our dating? Comments welcomed below. 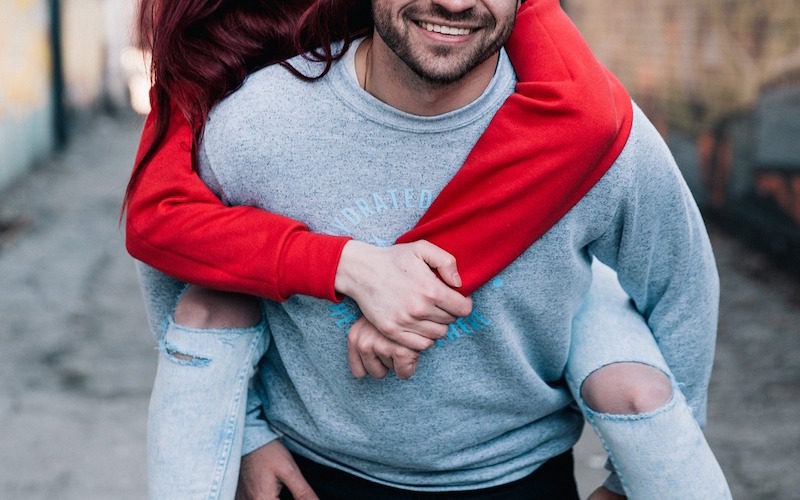 Why I Told Joshua Harris To Redeem Rather Than Reject Dating. Part 1

In the last 5 years or so, I’ve noticed a real shift in many churches’ and Christians’ attitude towards dating and relationships. The questions and concerns are often around how to transform our dating culture, rather than why we should reject it. I think this is very exciting, and can ultimately glorify God and benefit us. In Part 1 of this post, I want to share why my recent conversation with Joshua Harris highlighted this belief.

So there I was, signed into Skype, waiting for the video call request. I don’t often get nervous but I must admit, I was a little this time.

I was about to be filmed for Joshua Harris’ new documentary. In it, he is exploring the legacy of his book called ‘I Kissed Dating Goodbye’. The aim is to talk about his critiques and regrets around it.

Whether you liked what he wrote or not, his book has had a huge impact on many Christian dating cultures in our churches. And, even though I thought he was genuinely trying to help Christians put God at the centre of their relationship choices, I ultimately disagree with his application, and we were about to discuss why.

Hence why I was a bit nervous.

Then it appeared. Incoming call from Joshua Harris.

We had to adjust our good morning and good evening greetings due to the massive time differences. I asked him how he was, he asked about my ministry and the book I wrote on dating. Then we got to the heart of the matter.

I Didn’t Agree With…

I’m happy to say we had a very open and honest conversation, and I must stress, he is a very nice guy. He had lots of Skype calls lined up that day, many of which I think were going to be hard ones from people who felt negatively impacted by his book. He looked like someone braced for an emotional onslaught.

But I enjoyed our talk, and I think he did too. He was very friendly, and we had an open and honest discussion.

We talked about a lot of things, like how I like the fact his book pointed out that often, people in modern dating cultures do date very selfishly, and with short-term ‘me-centred’ mindsets. And this leads to hurt and pain all around.

We also talked about what I didn’t agree with. For example, I said that I thought his application and rules around dating could only really work in a megachurch context; where there were lots of people your age you could try and form a relationship with. And where you had two Christian parents who were supportive. But many churches don’t reflect this situation.

However, the main point I made was that I felt like his book wanted to reject dating, rather than redeem it. I mean, it was called ‘I Kissed Dating Goodbye’ after all.

He agreed that there was no room in his book for the redemption of the dating culture. Part of this documentary seemed to be about exploring if that position was right, and it sounded like he had already been thinking about how dating could be redeemed for many years before our conversation, which is very encouraging. (Read What On Earth Is Dating Anyway?)

The word became flesh and moved into the neighbourhood

I explained that I believe God is holy, totally beyond our experience, totally other, and above culture. But at the same time, he’s in culture, becoming part of it, transforming it, and reshaping it around his desires. The word became flesh and moved into the neighbourhood (John 1:14). 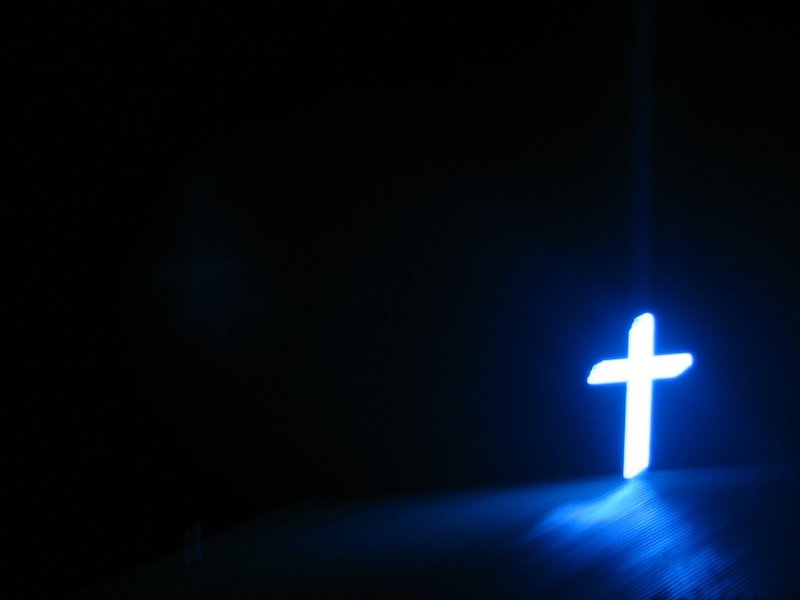 I think God doesn’t want Christians to just embrace the dating culture around us. He wants us to do it differently and live by his values. By doing that we can redeem and change it, and date in a way that’s mutually enjoyable, mutually fulfilling, and God-centered.

This conversation reminded me about a passage from my book I co-wrote, which Josh and I spoke about. About why I still think it’s so important to focus on redemption, rather than rejection.

(The following extract is taken from page 50-51 of The Dating Dilemma book, read the introduction for free.)

We believe that romance is a gift from God. Love between a couple can be a wonderful blessing to them and to those around them. Romance matters, so it’s good to enjoy it. But we reckon we need to rethink the role our culture says it should play in our relationships.

It’s possible to harness the best that romance has to offer and date really well. But this kind of dating requires a God-perspective: a commitment to radical relationship building!

At times it will fly in the face of popular opinion or advice. It might even require personal sacrifice and facing up to difficult decisions. But what we can say for sure is that it will honour God.

In seeking to live honourable lives, some Christians have sought to avoid dating altogether, but we believe it’s not dating that’s the problem, but rather the way we date. (Read How ‘Decisions’ Along With ‘Love’ Can Create Healthy Relationships)

Imagine if we saw dating as part of our witness to Jesus?

Imagine if we brought discipleship into dating

There’s nothing stopping us from demonstrating genuine care for others, as well as a deep commitment to God, while we’re dating. If we made sacrificial Christ-like love the starting point for romance and dating, as risky as that sounds, it would start a revolution.

People would have to sit up and take notice! (Read How Pausing To Reflect Could Save Your Dating Life)

Imagine if we brought discipleship into dating, and reshaped it to reflect God and his intentions for our lives and relationships.

I came away from my Skype call encouraged that Joshua started to think about redeeming dating way before we chatted, and he was interested in hearing more, and I hope you do too. (Keep exploring this important issue in Part 2)

Do you agree that we should be redeeming rather than rejecting? Comments Welcomed below.