The Cross Needs To Be Forgotten At Christmas 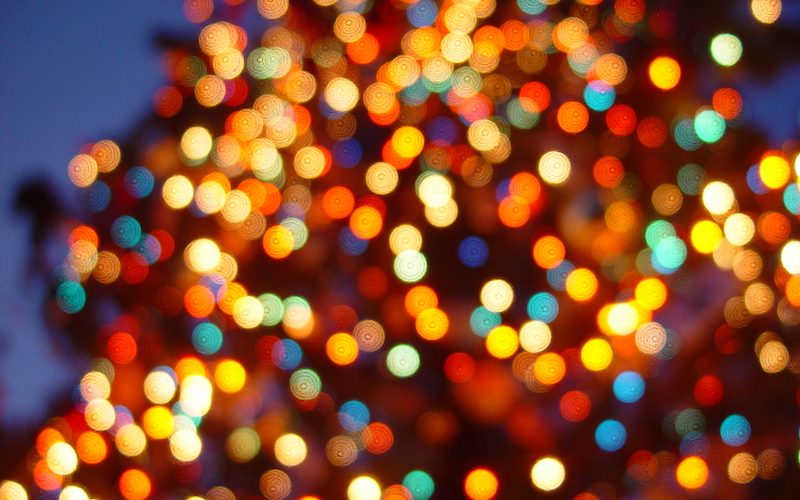 At Christmas, we celebrate the birth of Jesus. The king of the universe, the all-powerful God, who chose to become human and connect with us on our level. It’s amazing. So often we think Jesus just became human to get to the cross. But the truth is, his birth was the beginning of a life-changing relationship.

As it’s Christmas, I thought I should at least attempt to write a post that’s linked to the festive season. Christmas, relationships, and God, I thought, as I stared blankly at the screen.

Then I remembered, I made one earlier!

Last year, on my old website which is now no more, I wrote a post about Christmas. About how important it is to remember the birth of Jesus is about God becoming human to start a relationship.

He didn’t become human to just get to the cross, even though the cross is vital and extremely important. He became human for many reasons, but it was partly so that we could know him closely, and call him friend and father.

So often we can forget how important and transformative the Biblical truth of God being born and becoming human is. So here is the post, re-written and re-edited a bit, for all those who read it last year or missed it last year. Because it’s still true today, last year, and for 2000 plus years.

An Easter Preach at Christmas

So there I was, visiting friends for the weekend and going along to their church Sunday service. It happened to be their festive outreach Sunday, and they put a lot of effort into using the Christmas season to introduce the local community to Jesus.

The Christmas message is about the birth of Jesus, not his death

They did a very good job. It felt very festive with an engaging message which was sensitive to non-Christians and to those who only go to church in December. But they skipped over the wonderful beginning and rushed to the end. By which I mean:

They preached an Easter Friday message.

The vicar said something like: ‘Jesus was born at Christmas, and he told this story when he was older, and later he died on the cross to pay for your sins’. (Read The Cross Deals With More Than Just Forgiveness, Right?)

Missing The Start Of The Story

Perhaps you’re wondering what’s the problem? You might say it’s actually a good thing to preach this message when we get the chance, and you do have a point. Jesus died on the cross and that’s a crucial truth.

Yet the Christmas message is about the birth of Jesus, not his death on the cross!

The cross is so important, but the Gospel story is about so much more. It’s just as important to hear about Jesus’ ministry, teaching, resurrection, ascension, and his birth.

If you want to hear about the cross at Christmas, great. But please let us remember to reflect on why his birth is so wonderful and life changing too.

The virgin will conceive and give birth to a son, and they will call him Immanuel” (which means “God with us”). Matthew 1:23 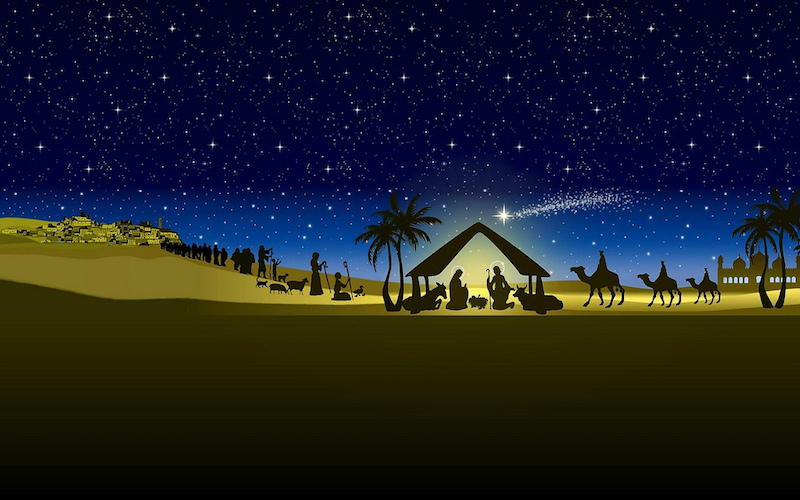 The Importance of Jesus’ Birth

The incarnation reminds us that Jesus became human so that God could relate to us authentically. If he just stepped out of heaven as a grown man, He wouldn’t be a real human. If He wasn’t on our level, experiencing what we do, then our relationship with Him couldn’t be genuine.

For we do not have a high priest who is unable to empathise with our weaknesses, but we have one who has been tempted in every way, just as we are—yet he did not sin. Let us then approach God’s throne of grace with confidence, so that we may receive mercy and find grace to help us in our time of need.
Hebrews 4:15-16

By becoming like us, through being born and becoming human, He could also reveal to us the true nature of God. Only God can reveal who God is, only God knows the mind of God. And God became like us to reveal who He truly was to begin a relationship, a friendship.

I no longer call you servants, because a servant does not know his master’s business. Instead, I have called you friends, for everything that I learned from my Father I have made known to you.  John 15:15

It’s amazing to think that the Almighty God chose to become a vulnerable baby, grew up like everyone else so that He could relate. ‘Jesus became like us so that we could become like Him’.

In other words, He became human so that we could become children of God.

Christmas isn’t about the cross, that comes later. It’s about another crucial building block of the Gospel.

In the beginning was the Word, and the Word was with God, and the Word was God… The Word became flesh and made his dwelling among us. We have seen his glory, the glory of the one and only Son, who came from the Father, full of grace and truth. John 1:1-14

God wanted an authentic relationship with us. So God became fully human and came down to our level and was born like us so that He could experience what it’s like to be human and truly connect with us. He also wanted to reveal himself intimately to us, which only He can do, so that we could truly connect with him.

We have a God of relationships, who took the first step

Christmas is ultimately about God taking the first step toward building a transformative and mind-blowing loving relationship with us. (Read Reflecting God’s Image Is Found In Plurality)

We can talk about the cross and resurrection, that’s all part of the Gospel and is very important. But the story begins with a God stepping out of heaven and comfort, becoming human, to make a connection with us.

Imagine if, this Christmas, we paused to remember that Jesus became human. He did it because he wanted to connect with us on our level, as a real human, live the life we do so that we can call him friend, father, and saviour.

We have a God of relationship, who took the first step.

How important do you think it is to remember about the birth of Jesus? Comments welcome below