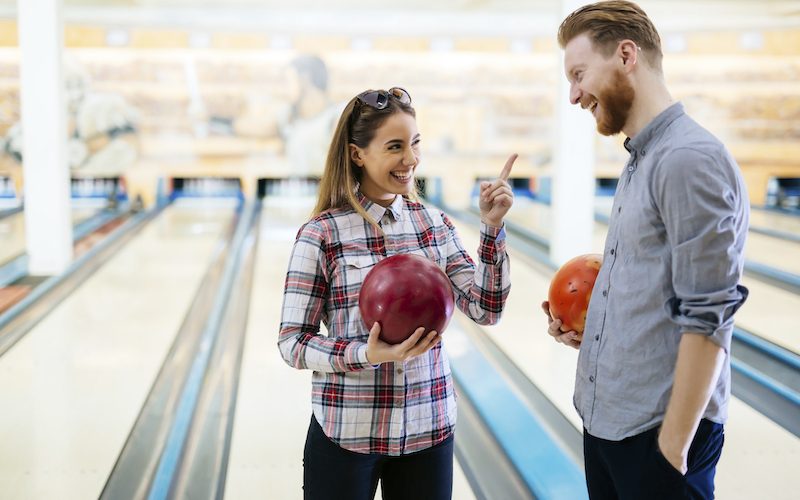 Some people say that they’re a flirt, they just can’t help it. They flirt with everyone, but it’s just harmless fun so it doesn’t matter right? Flirting with someone you like is one thing, but giving the wrong impression to others often leads to people getting led on and hurt. There are phrases we use to ‘justify’ flirting, that should make us stop and think twice.

The word ‘flirting’ often fills people with dread or excitement. Either way, when you’re single and looking for someone, it’s something you will probably have to do at some point.

Talking to someone you like and engaging in conversation is important and something many people need some tips and advice on (Read 5 Rules To Follow When Talking To Someone You Like). But this post is about something different.

Some people flirt with anyone because they think it’s just a bit of fun and they enjoy it. But is it really harmless?

Why Do You Keep Flirting?

I have a friend who liked this girl. She used to always joke around with him, would be very ‘touchy-feely’ with him, tell him things she said she wasn’t telling anyone else. They were obviously flirting.

But when he asked her out she would always say no, and say they were just friends. But then she would keep flirting, being ‘touchy-feely’, and so on.

He was being led on and was very hurt

He kept thinking that this must mean she did actually like him, but she kept saying they were just friends. He was being led on and was very hurt by the situation even years after it happened.

Why Do You Still Keep Doing It?

I have another friend who liked this guy, and they started to get to know each other and flirt a bit. People noticed something was going on. She eventually asked him out, he said no because he saw her as a friend. She said fine and was getting over it.

But he kept on flirting and acting like it was okay to do that.

In his mind it was just fun, he was a flirty person, and even though she made it clear she liked him and he couldn’t keep acting like that as it was hurting her, he justified it by saying it’s harmless.

He was having fun, so why think about the other person?

Some people will read this and think people need to lighten up and not overthink things. ‘I’m just naturally flirty and I like to flirt.’

But for me, as a Christian, the starting point for my actions isn’t ‘Am I happy and having fun?’, but rather ‘How is it affecting others?’. The principle of loving your neighbour is being overlooked when it comes to flirting for some reason.

If someone says they think you’re flirting and they like you but you don’t want a relationship, and afterwards you change your behaviour and watch what you say and how you act with them, fair enough. Crossed wires can happen sometimes.

However, I think there is one phrase or idea, that if we use as an excuse to justify flirting, even when people say it’s upsetting them, it may mean we’re being a bit selfish in this area.

It Just Fun, It’s Their Fault

Like in the stories above, I’ve heard many people say that essentially it’s ‘their’ fault. Or something like ‘If I flirt and they think there’s something there, it’s their fault. I said there isn’t.’

If it has been made clear someone likes you, they thought you liked them back but you said no. Or it’s been pointed out that you often give people signals you like them when really you don’t, this can cause people to feel led on. Go through unnecessary rejection, and feel hurt.

If your response is then it’s ‘their’ fault, then all this is communicating is ‘I don’t care about you and your feelings. I don’t care that you’re getting hurt, or confused, it’s fun for me’.

It reduces people to something that fulfils our selfish needs

Crossed wires can happen, people can mistake being friendly with flirting. Let’s agree that’s true. But in specific situations where people feel hurt or lots of people say you lead others on, the loving-our-neighbour response is not to say ‘I’m going to keep acting the same way cause I’m having fun’.

It’s not ‘their’ fault, and it reduces people to something that fulfils our selfish needs.

Imagine if we stopped justifying flirting that can lead to hurting people and where we only think about ourselves. Dating is hard enough as it is without people leading others on even more and being unkind. (Read One Big Reason Why Dating Feels Overwhelming.)

Think about how you or your friends interact with others, and think about whether or not crossed wires are occurring. Then think about what you can stop doing that will reduce some of the potential pain and hurt. (Read I Want To Trust Them, But I’ve Been Hurt Before.)

Do you think flirting can ever be harmless fun? Comments welcomed below.