Top Dating Tip For When Your Relationship Become Official. Pt 1 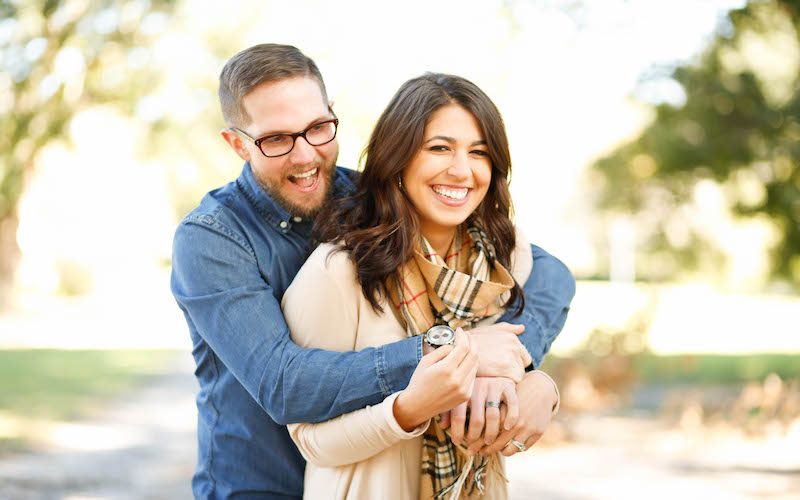 So you found someone, you are an official couple, you’re happy and getting caught up in all the enjoyment and new experiences. And rightfully so. But it’s important to remember at this moment to not let it draw you away from wider friendships and interests and fulfilments, otherwise, it may be short-lived.

But it’s at this moment, when we feel like we want to do nothing else apart from spending all our time together, that we need to remember this could make the relationship weaker.

I want you to enjoy it, but I also want you to lay the best foundations possible so it can last and grow stronger and stronger. Part 1 of this article will start to explore what this means, and tell you about Joel’s story.

(The following extract is taken from page 141-143 of The Dating Dilemma book, read the introduction for free.)

So let’s think about what happens after you’ve started dating. Imagine that you’ve found someone you’re really attracted to and it appears that they’re really into you too. Yay!

Things are really lining up. You may have been on a few dates, it’s obvious you both like each other, and you have had the chat, laying out what this new relationship is.

So what happens now?

Well, it’s obvious, isn’t it? You’re together: boyfriend and girlfriend. . . but what does this mean?

It’s amazing how many people think that finding someone is the only bit that requires work! It would be great if, after we had started going out with someone, the relationship just stayed great. Unfortunately, the hard work continues.

Some of you who are already in relationships are beginning to realise this. If you want to go the distance with a good relationship, there are some things you need to pay attention to. It would be a shame if we’d learned to date [well] but then allowed old habits to creep back in again once we found that special someone.

It’s time to lay some of those foundations that will make dating relationships purposeful, help you keep a healthy perspective on romance and protect you.

One of the best things about a new relationship is that everything is new. You’re finding out so much about each other and establishing yourselves as a couple. But with newness comes fragility.

Your feelings about each other might be powerful and intense, but your relationship is not very strong yet; it wouldn’t take much for things to come undone.

As strange as it might sound, nothing stunts a relationship’s good growth in the early days quite as effectively as spending too much time together.

Too much time together? But isn’t now the perfect time to be in each other’s pockets? It’s time to tell you about Joel.

Our friend’s brother, Joel, is a great lad: talented, funny, loyal, committed to his friends and passionate about growing in discipleship. Heavily involved in his church, leading worship, part of the evangelism team and a volunteer leader of the men’s ministry. Sure, he was talented, but more than that, he had rich friendships with people that blessed him.

Then he got a girlfriend.

All of a sudden, if he was not asleep, he was with her. He no longer had time to meet up with his friends. His activity in church reduced to almost nothing. A text from him was a rare event!

She became everything to him. Over a matter of a few months, his balanced lifestyle, which had been full of different interests, hobbies, and social groups, had evaporated. He had replaced everything that mattered to him with his obsession for one person. (Read I Can’t Come, I’m With My Girlfriend, Again!)

Some of you might be reading this thinking, ‘What’s the big deal? He’s found someone he loves –  give them some space.’ The problem was that they forgot to give each other any space.

This didn’t just affect them, but also hurt their friends. It’s so easy for this to become the norm.

As we can see, Joel was worse off because of the decisions he made. He actually missed out, and imagine how he would feel if his relationship ended? (Read How To Tell If You Have An Unhealthy Obsession)

Read Part 2 here, as it continues to explore how to build strong relationships and look at how to stop creating a potentially toxic and damaging relationship too. But imagine if we could build relationships that last, where they are part of rich fulfilling lives filled with friends and social activities that in turn enrich our relationship?

We need to think about how we can do this so that we give our relationships the best possible chance.

What do you think of Joel’s story? Comments welcomed below