Why Compromise Can Sometimes Be The Worst Decision

In any healthy romantic relationship, you need respect and good communication. You need to learn to really listen and support each other and be willing to compromise often. But sometimes, compromise may not be the best thing to do. Instead, letting the other person choose is a sign of radical love and commitment.

I have been married for three years now. I remember in the days leading up to the wedding being told lots of marriage advice. Some good, some bad, some funny.

A relative said to me ‘Never take each other for granted, and make sure you always keep talking’. I thought this was quite good.

Another friend said in jest ‘Just accept that you may be the head of the house, but your wife is the neck, and she will tell you which way to turn’.

A more controversial one was ‘People say don’t go to bed on an argument. But I think sometimes sleeping on it and waking up with a different perspective can be good’. That was definitely food for thought.

While we’re on the subject of non-conventional wisdom, I had a very interesting talk with a friend. He was engaged at the time, and he and his fiancée were doing a marriage preparation course.

It’s a course that helps couples talk about and explore healthy relationship dynamics, and allows them to challenge assumptions before they become a problem later down the line. They usually talk about money, sex, parenting, communication etc. All the fun stuff basically, and the rest.

In a recent session, he said they’d been talking about ‘compromise’. And how marriage is apparently a series of compromises. He said he didn’t agree. He thought compromise wasn’t always the best decision.

Does He Have A Point?

When he first said it, I wondered if he just thought he should always get his own way. Was he only thinking about himself? But my friend is a very good guy, very caring, very humble. So it didn’t add up. I thought I should at least hear him out and let him explain.

As he went on, he was saying that compromise means no one gets what they want. People settle for something less to bring harmony. He knew sometimes that was needed, but sometimes he thought he would need to sacrifice his needs so his future wife gets what she wants. And sometimes vice versa, depending on the context.

Essentially, he thought sometimes after a respectful conversation, and healthy communication, he might back down in order to serve and love his wife.

I thought he probably had a point.

As I look back on my relationship, I can see that over the years we have got better at talking and communicating. We always knew it was important, and have continued to work at it and not belittle the other person or their views. Some heated ‘discussions’ occur, but we always listen. (Read How To Communicate Well When We’re Annoyed) 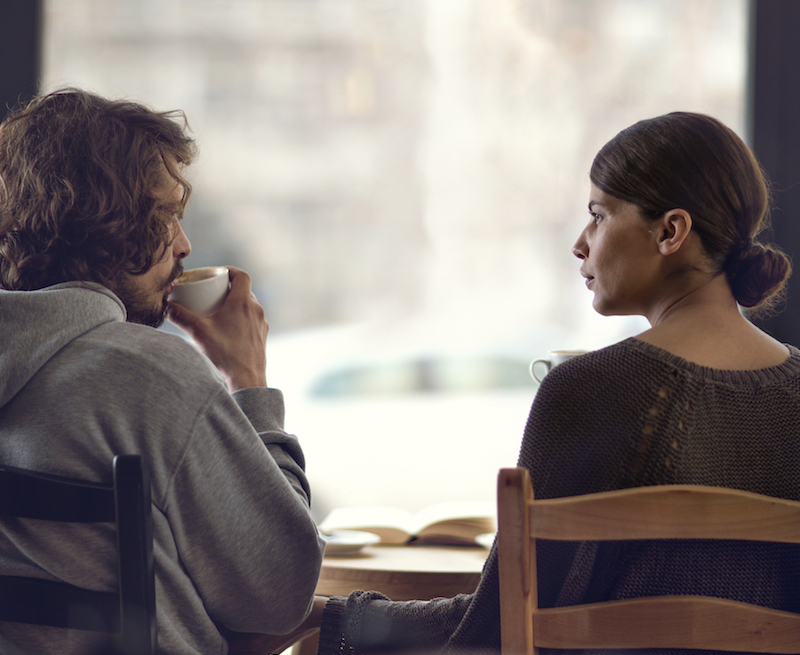 I believe compromise is important, we can’t be selfish and try to manipulate or insist on doing it ‘my way’ and ‘my way only’. But sometimes you just need to say, I’ll submit. I’ll go along with what you want.

For example, when it comes to holidays, I prefer to sit on the beach and do nothing. My wife prefers to visit places and be a bit more active. So we compromise, and our holidays now involve relaxed days and some active sightseeing days.

However, there are times when we really can’t agree or compromise. In small things, like what film to watch. Or in big things, like how to decorate one of our rooms.

Now, assuming one option will not be upsetting for the other person, there are times when one of us just lets the other person decide. We say ‘I will go along with what you want’.

A compromise is sometimes the worst decision as it could mean watching a film no one likes, or decorating a room that is a mismatch of ideas and looks awful. Sometimes we just need to say ‘I love you, so let’s just do it your way.’

Let me make it clear, if we say ‘let’s not compromise’ because we’re being selfish or mean, then that’s not okay. And most of the time, compromise is needed and it’s the best decision more often than not. (Read What Makes A Happy Couple? Fresh Insight)

You just show unconditional love and sacrifice and let them decide

But there are times in a loving relationship where you don’t insist on your way, or for your partner to meet you halfway, and you just show unconditional love and sacrifice and let them decide.

Imagine if we had romantic relationships that were built on mutual love and respect, valued honest communication and were willing to compromise. But sometimes, went beyond even that. (Read ‘Marriage Isn’t About Sharing’ I Was Shocked, Disagreed, Then Agreed)

What’s the one thing you could do this week, in your romantic relationship or friendship, to sow radical sacrifice? Comments welcomed below.